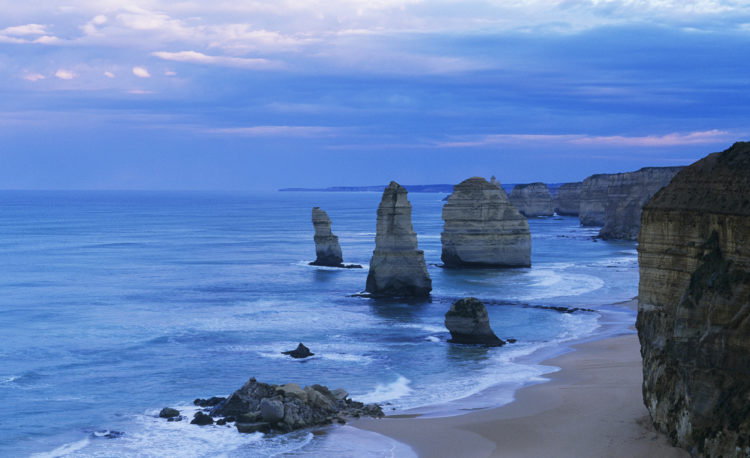 Australia is the land of sun, sand and beaches, making it the ultimate travel destination. Australia is one of the most remote countries in the world and, ironically, one of the most popular places to visit, especially among backpackers and budget travelers. Whether you want to visit Australia for tourism, cultural experience, for family re-union, we will assist you all the way through in making that happen as smoothly as possible.

Australia boasts of many great tourism destinations, including but not limited to:

One of the most famous reef systems in the world, the Great Barrier Reef is world renowned for its abundance of marine life and world-class diving opportunities. When I was there, I saw turtles, sharks, vibrant coral, and beautiful fish (even a fish pooping, which was as weird as it sounds). It was everything it was cracked up to be. You can spend one day or a few diving this reef. Though everyone leaves from Cairns, leaving from Port Douglas will get you to less crowded dive spots.

Read more about diving the Great Barrier Reef and how you can do it on your trip!

Known for its famed opera house and harbor, Sydney also boasts an incredible bridge, great parks, delicious food, lots of free stuff to do, and amazing surfing. Whether you go to Manly Beach or hang out with everyone else at Bondi, Sydney’s a place to relax in the sun and enjoy the water. Darling Harbor has a number of good restaurants and great entrainment venues, and the Chinese Garden is quite relaxing. For a night out on the town with colorful locals, there’s nothing like King’s Cross.

You wouldn’t think that a giant round rock covering eight kilometers of land would be breathtaking, but it is. The wind-blown cuts throughout the rock make it look like a wave of sand climbing over the desert. The iron in the rock produces amazing shades of red and orange during sunrise and sunset.

Aussies do a lot of things well, and one of the best is throwing a barbecue. The Aussie barbecue is a serious tradition, and most parks and public areas have at least three barbecue pits. In fact, I don’t know what Australia would be without a barbecue. There’s nothing better than a beautiful warm night, a few good beers, and some grilled-up kangaroo to make you love this place. Barbecuing is a great budget friendly option too!

Australia has some great wine regions, which include Margaret River near Perth, the Barossa Valley near Adelaide, and the Hunter Valley near Sydney. There’s a lot of good wine to be tried while in Australia, especially shiraz and pinot noir. You can take day trips to any of the wine areas from the nearby major cities or simply take a trip to the wine store and get drunk in the park…while having a barbecue.

This is my favorite part of Australia. It’s truly beautiful, with its large expanses of outback and white sand beaches that stretch for miles without a soul in sight. I’m glad a lot of people don’t visit Western Australia; otherwise, it could end up like the East Coast — crowded and overbuilt. Karijini National Park puts Kakadu and Litchfield to shame, and Coral Bay and the Ningaloo Reef are even better than Cairns or the Great Barrier Reef. I love it here.

Sydney and Melbourne get all the attention, but Perth can hold its own against these two heavyweights. There are great beaches, one of the world’s largest city parks, surfing, and nearby Fremantle, where you can have Australia’s best beer (Little Creatures). Perth is a city filled with young people and has the vibe of a city in motion that’s just coming into its own. Don’t forget Sunday drinking sessions at the famous Cottesloe Hotel.

One day I’ll settle down, and when I do, it’ll be in some lush, tropical place. Maybe Queensland will be that place. Here you’ll find one of the oldest continuous tropical rainforests in the world (it dates back to the age of the dinosaurs!). There are great places to go hiking, tons of wildlife and birds (watch out for crocodiles, though), and some really nice rivers and swimming holes to cool off in. If you really want to get away from it all, head far north to Cape Tribulation, where it’s just you, the jungle, and some ocean.

Australia may not have invented surfing, but it might as well have, given how ingrained it is in Australian culture. The best surfing is on the East Coast, and there are a million places where you can catch a good wave. You can head to Sydney and places like Bondi Beach, but I find the best surfing is up in Queensland. I personally think Noosa is one of the best places to surf because there are waves for both professionals and beginners.

With over 50,000km of coastline, there’s no way this country could exist without beautiful beaches. The ones on the East Coast are far busier than the deserted beaches on Australia’s western coastline. But with so much to choose from, you’ll always find a spot to relax by yourself.